Malaysia is a federal constitutional monarchy in Southeast Asia. The capital city is Kuala Lumpur, while Putrajaya is the seat of the federal government. Malaysia is a multi-ethnic and multi-cultural, which plays a large role in politics. The constitution declares Islam the state religion while protecting freedom of religion. The government system is closely modeled on the Westminster parliamentary system and the legal system is based on common law. The head of state is the king, known as the Yang di-Pertuan Agong. The head of government is the Prime Minister.

Malaysia has had one of the best economic records in Asia, with GDP growing an average 6.5% for almost 50 years. The economy has traditionally been fueled by its natural resources, but is expanding in the sectors of science, tourism, commerce and medical tourism. Today, Malaysia has a newly industrialized market economy, ranked third largest in Southeast Asia.

Why study in Malaysia

This beautiful country has bustling cities combined with relaxed beaches, making it the ideal travel destination for any student studying abroad. Malaysia is a country that is investing heavily in its higher education sector in a bid to attract more international students. Popular with students form neighboring countries and the Middle East, higher education in Malaysia tends to focus on the country’s excellent IT and technology courses. Malaysia is a federal constitutional monarchy in Southeast Asia. The capital city is Kuala Lumpur, while Putrajaya is the seat of the federal government. Malaysia is a multi-ethnic and multi-cultural, which plays a large role in politics. The constitution declares Islam the state religion while protecting freedom of religion. The government system is closely modeled on the Westminster parliamentary system and the legal system is based on common law. The head of state is the king, known as the Yang di-Pertuan Agong. The head of government is the Prime Minister. Malaysia has had one of the best economic records in Asia, with GDP growing an average 6.5% for almost 50 years. The economy has traditionally been fueled by its natural resources, but is expanding in the sectors of science, tourism, commerce and medical tourism. Today, Malaysia has a newly industrialized market economy, ranked third largest in Southeast Asia

Malaysia enjoys tropical weather year round however due to its proximity to water the climate is often quite humid. Despite this, the weather is never too hot and temperatures range from a mild 20°C to 30°C average throughout the year; however, the highlands experience cooler temperatures. The nature of Malaysia's weather and climate means that it experiences a monsoon season however this varies depending on the destination. The south-west experiences its monsoon season from May to September while November to March is the wettest in the north-east. The best times to visit, especially for beach holidays, is during January and February on the west coast, April in Sabah and June and July on the east coast and in Sarawak. The monsoon also varies on the Peninsular Malaysia coastline where Kuala Lumpur experiences rainfall from March to April and September to November. The popular Peninsular generally receives a rainfall average of 2500 mm annually while East Malaysia experiences 5080 mm of annual rainfall. However, outside the monsoon season, the climate is very pleasant and the weather is characterized by warm sunny days and slightly cooler nights making Malaysia a pleasant place to visit at almost any time of year.

Introduction to the Malaysian Education Structure:

Students who want to pursue higher education after the secondary level need to have the required academic grades and be able to fund their education. School leavers with SPM qualifications can opt to obtain a pre-university qualification (such as the sixth form, matriculation programs and GCE 'A' levels) or study for a certificate or diploma at higher educational institutions. The time needed to complete a pre-university program depends on the type of programs - students usually take a year to complete a matriculation program or STAM and one-and-a-half to two years for STPM and A-levels. At higher education phase, study opportunities include certificate, diploma, undergraduate, as well as postgraduate studies. Undergraduate studies consist of bachelor degrees and professional qualifications while postgraduate studies offer master degrees and PhDs. Generally, higher education at the diploma level is for school leavers with a secondary school certificate such as SPM (usually age 17 onwards) while bachelor degrees require post-secondary qualifications such as STPM or GCE A Levels or other equivalent pre-university qualifications (usually age 19 onwards). Malaysia welcomes international students for all levels of education. Since the mid-1990s, international students have been coming to Malaysia to pursue their tertiary education at Malaysia's higher educational institutions. Today, Malaysia is ranked the 11th most popular destination in the world for international education at tertiary level.

Higher Education Level: English is used as the primary medium of instruction at most private higher educational institutions. However, most bachelor degree courses offered at public universities are taught in the national language, that is, Bahasa Malaysia, while postgraduate studies are usually conducted in English.

Examinations and Qualifications: The Examination Syndicate or Lembaga Peperiksaan (LP) conducts several national examinations. At the end of the six years of primary schooling, pupils are required to sit for a common public examination called the Primary School Achievement Test / Ujian Penilaian Sekolah Rendah (PSAT / UPSR). The subjects tested in UPSR include Bahasa Malaysia, English, Mathematics, and Science. Students at national-type primary schools also sit for Mandarin or Tamil. Prior to 2014, students sit for a public examination called Penilaian Menengah Rendah (PMR) or the Lower Secondary Assessment (LSA) at the end of the third year at the lower secondary level (Form 3). Subjects tested include Bahasa Malaysia, English, Mathematics, Science, Geography, History, Living Skills, Islamic Education (for Muslim students), and Moral Education (for non-Muslim students). A number of optional subjects are also available for examination, such as Mandarin, Tamil, and Arabic. Beginning 2014, the government has decided to do away with the PMR as a public examination and it will be replaced with a school-based assessment and PT3 system. After two years of upper secondary education, students sit for the public common examination Sijil Pelajaran Malaysia, SPM (also known as the Malaysian Certificate of Education). The SPM is the national examination taken by all Form 5 students and is equivalent to the IGSCE or O level. Compulsory subjects include Bahasa Malaysia, English, Islamic Education (for Muslim students), Moral Studies (for non-Muslim students), History, Mathematics, and Science. Elective subjects are also offered across the fields of arts and health, information and communication technology, languages and literature, technical and vocational studies, science and mathematics, social sciences and religion. Along with Bahasa Malaysia, History will be a must-pass subject in SPM examination from 2013. English will be made a compulsory pass subject beginning 2016. Candidates who fail any of these subjects will not receive a full SPM certificate. In addition, the Ministry of Education offers two types of free post-secondary programmes or pre-university courses for students with SPM qualifications: The Sixth Form (lower and upper form for one-and–a-half years) that prepares students for the common public examination Sijil Tinggi Persekolahan Malaysia (STPM)* which is equivalent to GCE A levels qualification, or Sijil Tinggi Agama Malaysia (STAM). Matriculation (for one year) conducted by matriculation colleges under the Ministry of Education which award successful candidates with the matriculation certificate.

Qualifications: All universities in Malaysia will have different requirements for its programs, but as a general rule you need to have completed a Secondary Education Diploma with satisfactory results to apply for a bachelor’s degree. Check with the Admissions Department of your chosen university to find out exactly what the entrance requirements are for the program you’re applying for. English language tests: To apply for an English-led international program in Malaysia, you’ll need to prove your English proficiency. Most universities accept the TOEFL or IELTS English Language tests, some may have their own test as part of their application requirements.

As Malaysian education institutions believe in attracting the best talents. Most of them offer scholarships to reward achievements and offer support to those who merit them. Scholarships come in a few forms.

You can search for a scholarship that best suits your aspirations below and filter them based on level of study and type of scholarships. Further information is also available when you click on each scholarship. The scholarship schemes published are for reference only. The availability of each fund is at the discretion of the respective provider. For more details on each scheme, the applicable application procedures and closing dates, students are advised to inquire with the scholarship providers directly.

Malaysia has strict laws on visas and immigration, so it’s really important that you get the correct student visa before coming to study in Malaysia. To study in Malaysia, you must obtain a student pass. To get one you’ll need to have a firm offer from a university as well as the necessary entry visa. Contact your chosen university and department before applying for your visa, as they will be able to advise you on the process and help you get the documents you require. For more information on studying in Malaysia as an international student and the visa application process, contact the Malaysian embassy or high commission in your home country.

Students are allowed to work part-time for a maximum of 20 hours per week only during semester breaks or holidays of more than 7 days; in Restaurants, Petrol Kiosks, Mini Markets and Hotels as long as the Student Pass remains valid. Students are not permitted to work as a cashier. In addition, in the hotel sector, students are not allowed to work as singer, masseur, musician, GRO and other activities deemed to be considered immoral as per the Malaysian law. Application to work part-time must be made through the educational institution in which the student is studying. 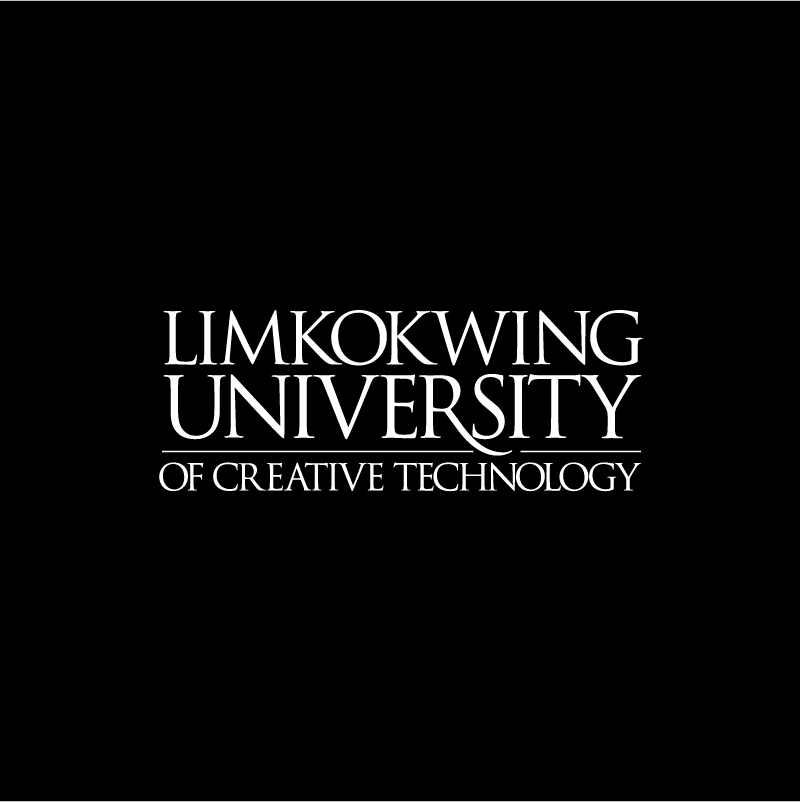 Malaysia: Limkokwing University of Creative Technology (referred to as LUCT, LKW or just Limkokwing) is a private international university with a presence across Africa, Europe and Asia. 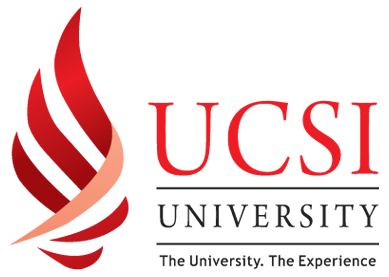 : Built on the principles of audacity, perseverance, integrity and excellence, UCSI University Malaysia is a leading institution of higher learning with campuses in Kuala Lumpur, 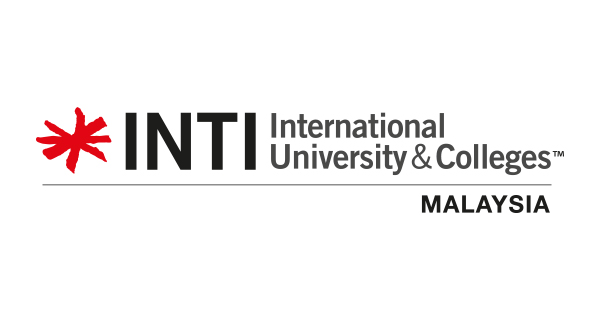 One of the most respected and trusted names in Malaysia’s private higher education, INTI International University & Colleges...

he Sarawak State Government invited Curtin to establish an international university in Sarawak...